A massive fire from a wrecked tanker truck has closed all four lanes of Dixie Highway in West Point. Officials are on the scene attempting to put down the flames, which has resulted in a large plume of black smoke.

Bryce Shumate, Director of Hardin County Emergency Management, says that motorists should avoid the area and seek an alternate route. Shumate did say that residents of West Point will still be able to access their homes.

It is unclear at this time what caused the truck to run off the roadway, or what the condition of the driver is. More details will be added to this post as they become available. 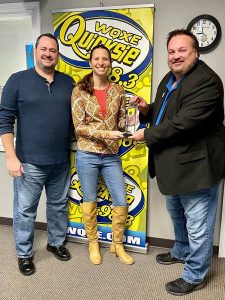