Another presidential hopeful will be visiting the Commonwealth this weekend. Bernie Sanders is scheduled to be part of the People vs. Corporate Power Rally on Sunday, August 25th at the City’s Public Plaza in Louisville. Doors open for the event at 2:30 PM with the rally itself starting at 4. Those wishing to attend the event have to RSVP at act.berniesanders.com.

A Leitchfield man has been arrested after attempting to sexually assault a woman. Leitchfield Police responded to the call Wednesday morning. Detective Kevin Smith says Milton Higdon broke into a woman’s home, and dragged her to the bedroom. The woman fought Higdon off, and managed to call for help at a neighbor’s home. Higdon fled the scene before law enforcement arrived, but was later arrested and transported to the Grayson County Detention Center. Additional charges are pending.

The Heartland Homecoming Parade will be taking place in Downtown Elizabethtown tomorrow morning. City Events Manager Sarah Vaughn says the theme of Disney has been chosen for the event this year. Attendees are encouraged to dress as their favorite Disney character for the event. There will be movies shown at the State Theater afterwards with Little Mermaid happening at 1:00, and Avengers: Endgame being shown at 7:00. Street closures for the parade will begin at 9:30 AM with Dixie Highway from Central Avenue to Saint John Road being blocked off. The parade begins at 10 AM.

The Kiwanis Club of Hardin County will be holding their annual pancake breakfast fundraiser at Buffalo Wings and Rings tomorrow. The breakfast will take place from 7:30-10 AM. The event will feature all you can eat pancakes and sausage for $6. 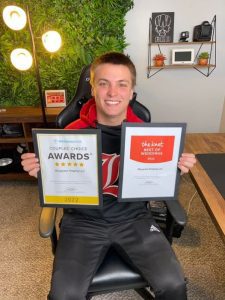